Have you ever wondered about the first pattern that was ever invented for clothes making?  Indeed I now make my own patterns for applique and things that I stitch now but who had the idea first.  We live by patterns now with clothing, toys, soft furnishings, cross stitch and embroidery patterns being available to all.  Well it was Ebenezer and his wife Ellen Butterick who first had the idea. 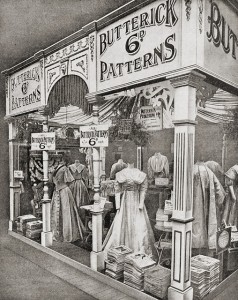 
The History of Butterick and patterns.

In 1863, Ebeneezer Butterick improved home sewing by inventing the first graded sewing pattern. Ebeneezer Butterick was a tailor, however, it was his wife Ellen Butterick that did all the sewing at home for their son.
At that time, people who sewed would lay out their fabrics and then hand draw the fabric cuts they wanted to make.


Ellen Butterick remarked to her husband how handy it would be if she had some sort of pattern to guide her in making her fabric cuts, a pattern that was the correct size for their son. 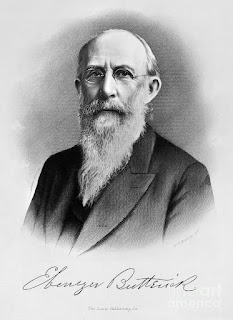 Ebeneezer Butterick came up with the concept of the graded pattern, which simply meant he created the first standardized clothing size chart. Before Ebeneezer Butterick, clothing patterns came in one size which took the skill of an experienced seamstress or tailor to size up or down (a process called grading). Butterick also established using tissue paper as the perfect material for sewing patterns rather than the cardboard that most of the one-size patterns were made of.

A family business was made out of the manufacturing and selling of the new sized/graded sewing patterns. Within five years, Ebeneezer Butterick was able to offer sewing patterns for adults' and children's clothing in over a dozen different sizes. 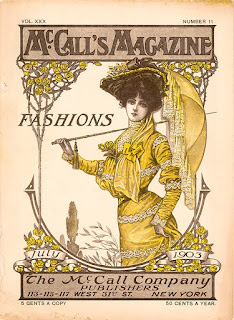 Later on there was of course the McCall patterns as well, which are as well known still today as the Butterick ones.

All antique patterns have become very sort after and
collectible today.  I have a few patterns from the 1940 era so that I can one day have a dress made from the period with original 1940 fabric ... when I get enough of a fabric that I like ( probably paisley...)


Well I hope you have enjoyed a little bit of stitchery history I have only dipped my toes into this subject which is fascinating to say the least.

I would like to thank those of you who have sent best wishes about my ear infection ... I am feeling a bit better today and it is getting there..

Well I am off now to do some stitching  and get some more things ready for the Vintage Bazaar in October.  Have a great day and as always Happy Stitching! 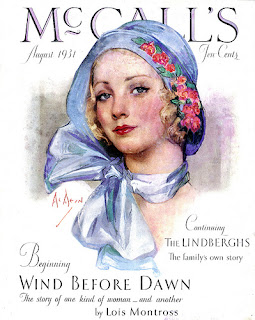