Sampler exibitions in England and America!

Well there two sampler Exhibitions this year one here in England and one in my second home - America!! (my other home as I love New England  and in particular MA and NH)

There is a sampler exhibit at the Royal school of needle work from the 20 Jan - 22 July 2014.
It includes traditional samplers with letters and numbers, map samplers and pattern samplers and much more.

In Plymouth MA at the Pilgrim hall museum there is a sampler exhibition from Feb 1st - April 25th 2014.  This has more that 60 on show of different examples.

I would love to go to both!!!  I only wish the one in America had been last October when I was in Boston, and the Pilgrim Hall museum is not far away in Plymouth.

'sampler' gets the name from the French essamplaire, meaning any kind of work to be copied or imitated.

Girls were taught it to aid techniques and learning to spell and do their numbers whilst some boys were taught to sew and professional embroiderers were often men.

Often for girls several samplers were made to show growing proficiency and skill.

British and American samplers between 1750 and 1850 tended to be from the bible, religious poetry or from hymn books.  By 1850 children's samplers concentrated on letters and numbers.

In the late 18thC samplers had ceased to become an 'exampler' of stitches, although still an exercise of skill, were more significant for moral and pictorial content.  The 19thC seemed more to concentrate on learning household skills in stitching rather than embroidery.

I hope that some of my readers will attend one of these exhibitions. 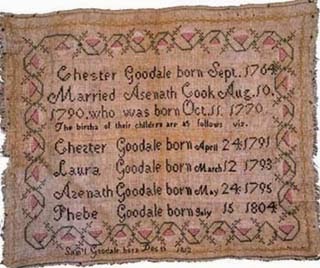 Examples of antique samplers I found on the Internet. ﻿ 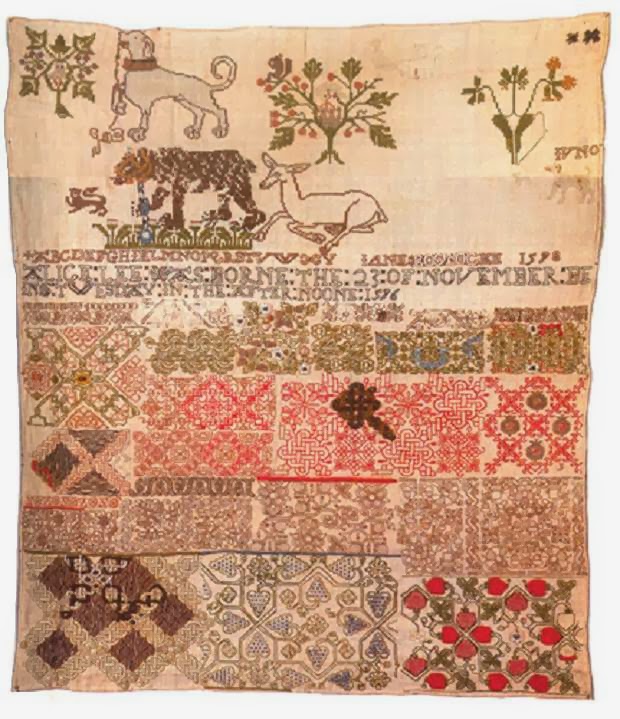