Warp threads are thicker than the weft, and made of a coarser wool as well. I think of them as like wives. Their work is not obvious - all you can see are the ridges they make under the colourful weft threads. But if they weren't there, there would be no tapestry.
Tracy Chevalier, The Lady and the Unicorn 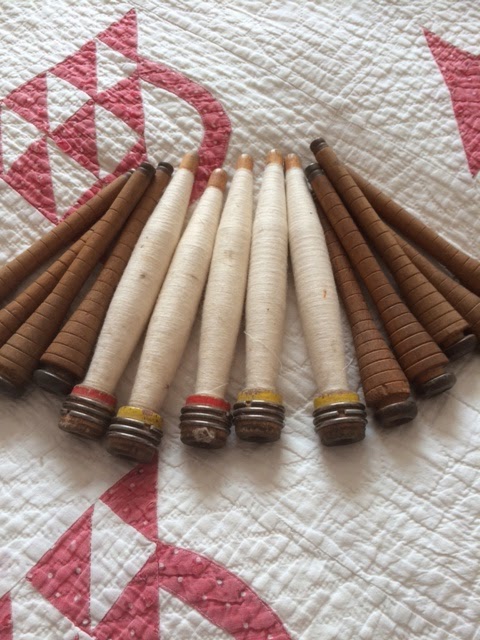 The development of mills to mechanise the weaving process was more gradual partly because of the success of John Kay's 1733 invention of the flying shuttle, which increased the productivity of domestic hand loom weavers. Kay took out a patent for the application of water power to a Dutch loom in 1745 and opened a weaving factory in Keighly in 1750, but nothing is known of its success.A further attempt to mechanise the weaving process took place at Garrett Hall in Manchester in 1750 but was unsuccessful in enabling one worker to operate more than a single loom. The first feasible power loom was patented by Edmund Cartwright in 1785, although it was initially a primitive device it established the basic principle that would be used in powered weaving until the 20th century. In 1788 Cartwright opened Revolution mill in Doncaster which was powered by a Boulton and Watt steam engine and had 108 power looms on three floors as well as spinning machinery, but it was not a commercial success and closed in 1790.  A second mill using Cartwright's machinery, opened in Manchester in 1790 but was burned to the ground by hand loom weavers within two years. By 1803 there were only 2,400 power looms operating in Britain 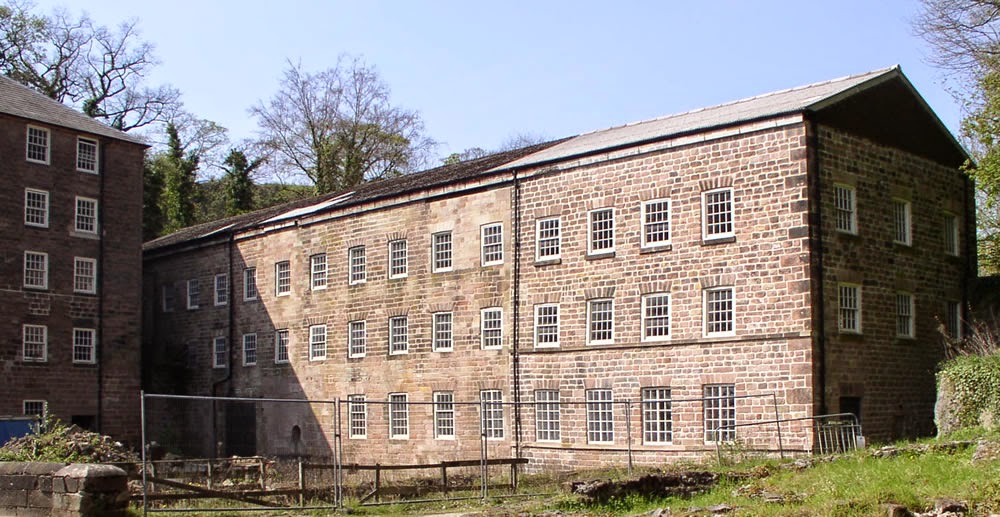 This is a picture of the loom bobbins at work.  I have bought some with original thread still in place and some with no cotton at all.

I have an idea for them and they will feature in my book hopefully....

When I saw them I thought oh they look like ..... and thought I would have a go and see if it would work.

Adoring history myself not just in vintage fabrics for example but in genealogy as well ( I have got back to the 1600's on my Dads side) I also enjoy the history of anything to do with industry.  Cottons, weaving and all the trades that are dying off in our country.  If I can take a piece of that wonderful history and breathe new life into it and make it into a thing of beauty that someone will treasure, well quiet frankly that pleases me a lot. 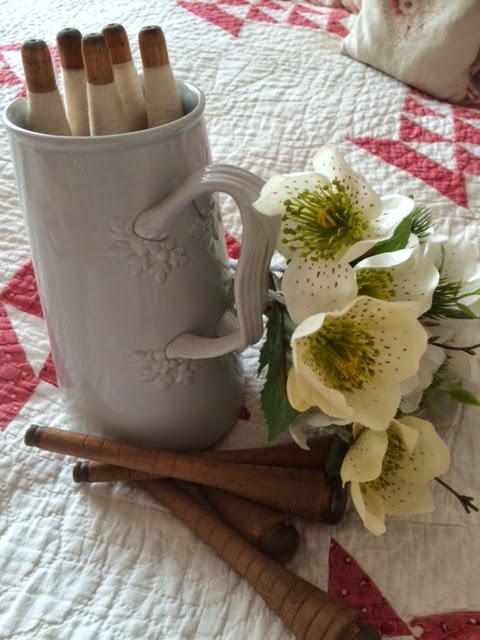 In addition to buying these wonderful loom bobbins I also purchased some antique thread mill shuttles.

The shuttles were to move some bobbins along the weaving. They are beautiful wood and it would be a shame not to utilize them in some way...

I hope you have enjoyed a little history into the world of weaving and I also hope you like seeing the beautiful wooden bobbins and shuttles......

Posted by Sarah Hawkings at 23:22
Email ThisBlogThis!Share to TwitterShare to FacebookShare to Pinterest