Needle and Threads & the slow stitch! ..


Something about hand stitching and
cuddled up in the warmth with
a fire blazing and a cinnamon tea!
Bliss! 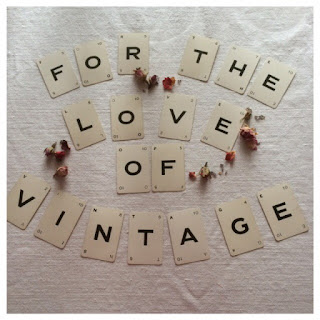 Hand stitching is such a wonderful thing to do I call it the slow stitch but I mean it with much love and passion.  I enjoy it so much and what you can achieve with needle and thread is outstanding and working with vintage fabrics for me is a real bonus and brings beauty and history to any piece that I stitch.

It started out that is was for necessity for clothes and shelter and then it became a an embellishment as
well ... I went on Wiki to see what it said about sewing and the following is from there and not my words ... It is so interesting to read and I wanted to share it with you sewing lovers ....

Sewing has an ancient history estimated to begin during the Paleolithic Age . Sewing was used to stitch together animal hides for clothing and for shelter. The Inuit , for example, used sinew from  caribou for thread and needles made of bone; the indigenous peoples of the American Plains and Canadian Prairies used sophisticated sewing methods to assemble   tipi shelters.Sewing was combined with the weaving of plant leaves in Africa to create baskets, such as those made by Zulu weavers, who used thin strips of palm leaf as "thread" to stitch wider strips of palm leaf that had been woven into a coil. The weaving of cloth from natural fibers originated in the Middle East around 4000 BCE, and perhaps earlier during the Neolithic Age, and the sewing of cloth accompanied this development.

During the Middle Ages, Europeans who could afford it employed seamstresses and tailors . Sewing for the most part was a woman's occupation, and most sewing before the 19th century was practical. Clothing was an expensive investment for most people, and women had an important role in extending the longevity of items of clothing. Sewing was used for mending. Clothing that was faded would be turned inside-out so that it could continue to be worn, and sometimes had to be taken apart and reassembled in order to suit this purpose. Once clothing became worn or torn, it would be taken apart and the reusable cloth sewn together into new items of clothing, made into quilts, or otherwise put to practical use. The many steps involved in making clothing from scratch (weaving, pattern making, cutting, alterations, and so forth) meant that women often bartered their expertise in a particular skill with one another. Decorative needlework such as embroidery was a valued skill, and young women with the time and means would practise to build their skill in this area. From the Middle Ages to the 17th century, sewing tools such as needles, pins and pincushions were included in the  trousseaus of many European brides.

Decorative embroidery was valued in many cultures worldwide. Although most embroidery stitches in the Western repertoire are traditionally British, Irish or Western European in origin, stitches originating in different cultures are known throughout the world today. Some examples are the Cretan Open Filling stitch, Romanian Couching or Oriental Couching, and the Japanese stitch. The stitches associated with embroidery spread by way of the trade routes that were active during the Middle Ages. The Silk Road brought Chinese embroidery techniques to Western Asia and Eastern Europe, while techniques originating in the Middle East spread to Southern and Western Europe through Morocco and Spain. European imperial settlements also spread embroidery and sewing techniques worldwide. However, there are instances of sewing techniques indigenous to cultures in distant locations from one another, where cross-cultural communication would have been historically unlikely. For example, a method of  reverse appliqué known to areas of South America is also known to Southeast Asia. 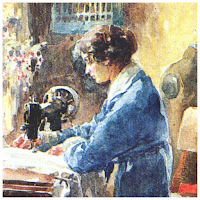 I enjoyed reading this and hope that you did as well it really shows that because of ships and
explorers we are able to be blessed with trade and to get our hands on fabulous fabrics and techniques from around the globe that we all use today.  In turn with the internet they are able to buy antique linens that were woven by hand in mills over a hundred years ago and today are as beautiful but with a time worn beauty that they now have as well.

The invention of the sewing machine has been a wonder and I do still use mine for strength in my work and of course if I were a dress maker I would use it more but think about pre 1920's when still fashion houses still had ladies stitching garments by hand and the embellishments of the 1920 beaded dresses that have hundreds of tiny glass beads all stitched by hand is really quiet amazing!

I love it when I am doing lots of french knots and I know it would not be everyone's idea of a good time but for me it is so relaxing and rewarding!

Well I hope you have enjoyed today's ramble and for me it was so much fun looking it all up and I learnt some things as well, especially about reverse appliqué.... I think a tutorial in that some time might interest some of you.

Have a wonderful day and as always Happy Stitching! XX