The journal of a local butcher with stunning water colours .... found in a junk shop!

This is a story not really connected with stitchery but of art work and journals that were found.  It has captured my imagination as to what can be found in junk, charity shops or indeed at a vintage shop or fair.
What would it be like to find something so amazing!  When I am pushing up daisies will any of my journals be treasured or end up in land fill....

I would love to find something like this with water colour art and notes,  I am on constant look out for stitchery sample books and journals and was lucky enough, as you know, to find one before Christmas on Ebay of all places.

This is what I found out about the journals from the Internet and there is lots more to google if you wish to have a further information. So here is a little bit about it with pictures and it is slightly Da Vinci Code as well ... fascinating! 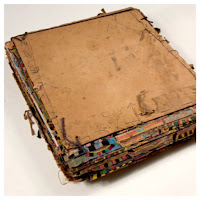 Charles Dellschau was only known as the local grouchy butcher.  His works laid undiscovered and were found just outside of Texas in a heap outside a house. 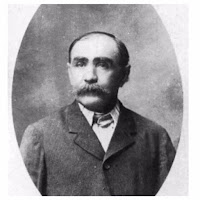 1969, used furniture dealer Fred Washington bought 12 large discarded notebooks  from a garbage collector, where they found a new home in his warehouse under a pile of dusty carpets. In 1969, art history student, Mary Jane Victor, was scouring through his bazaar of castaways when she came upon the mysterious works of a certain Charles Dellschau. Inside the scrapbooks she discovered a remarkable collection of strange watercolours and collage pieces.

More than 2,500 intricate drawings of flying machines alongside cryptic newspaper clippings filled the pages, crudely sewn together with shoelaces and thread. 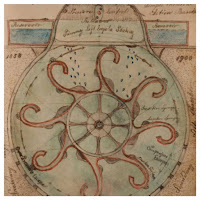 Victor immediately notified the Art Director of Rice University, Dominique de Menil, Houston’s leading fine art patron, who snapped up four of the books for $1,500 and promptly put on an exhibition at the university entitled, “Flight”. Charles Dellschau, a Prussian immigrant had finally been discovered, nearly 50 years after his death in 1923.
He had arrived in the United States at 25 years old from Hamburg in 1853 and documents show he lived in both California and Texas with his family, working as a butcher. After his retirement in 1899, he took to filling his days by filling notebooks with a visual journal of his youth. He called the first three books, Recollections and recounts a secret society of flight enthusiasts which met in California in the mid-19th century called the ‘Sonora Aero Club’. 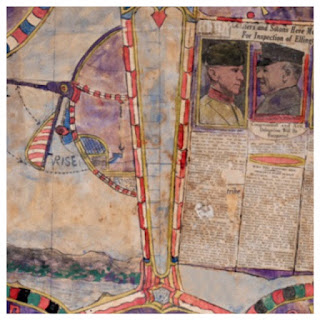 The Wright Brothers wouldn’t even make their famous first flight until 1903, but Dellschau draws dapperly-dressed men piloting brightly-coloured airships and helicopters with revolving generators and retractable landing gear. No records have ever been found of the Sonora Aero Club but
Dellschau’s artworks hide a secret coded story. Whatever it was that he had to say was apparently too private even for his own notebooks and even today, much of the mystery has yet to be revealed. 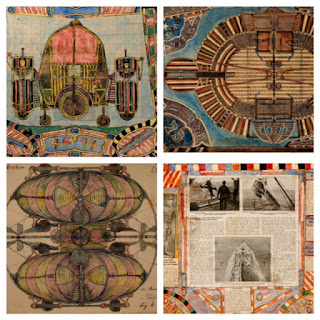 A Mr. Pete Navarro, graphic artist and UFO researcher, heard about the “Flight” exhibition in 1969 and became enthralled. He believed there was a connection between Dellschau’s drawings and mysterious mass of “airship” sightings at the turn of the century across 18 states from California to Indiana.

In 1972, he discovered that 8 remaining books of Dellschau were still sitting at the junk shop, unwanted and unclaimed. He bought all of them for $565 and spent the next 15 years obsessively decoding Dellschau’s work.

Fiction or not, a single page from Dellschau’s notebooks could fetch as much as $15,000 in the late 1990s. Today, Navarro is no longer in possession of his books; he sold them off in need of some cash to museums, galleries and private collectors in Texas, New York and Paris.

In 2009, Pete Navarro finally published his co-written The Secrets of Dellschau  revealing a lot of the script he had decoded from the books. Four books still remain in the Menil Collection, locked in a humidity-controlled room. Researchers continue to unearth new pieces of information through  surviving relatives.

I hope you found this interesting and has made you, as it has me, be more aware of looking through piles of books or what seems to be junk as you really do not know what you might find.  I am hoping for a stitchery journal with pictures or a old diary or some such.

Have a great weekend.